Artificial intelligence: The myths and the possibilities – Part 2: AI goes to work

The incredible possibilities artificial intelligence (AI) presents have led to it becoming an important talking point. In our previous blog post, we explained how the worlds of fiction and film often use AI to invoke fear, so now it is time to draw a line from fiction to reality and address the questions of how "thinking machines" impact the economy and the labor market – and whether there really is anything to fear. 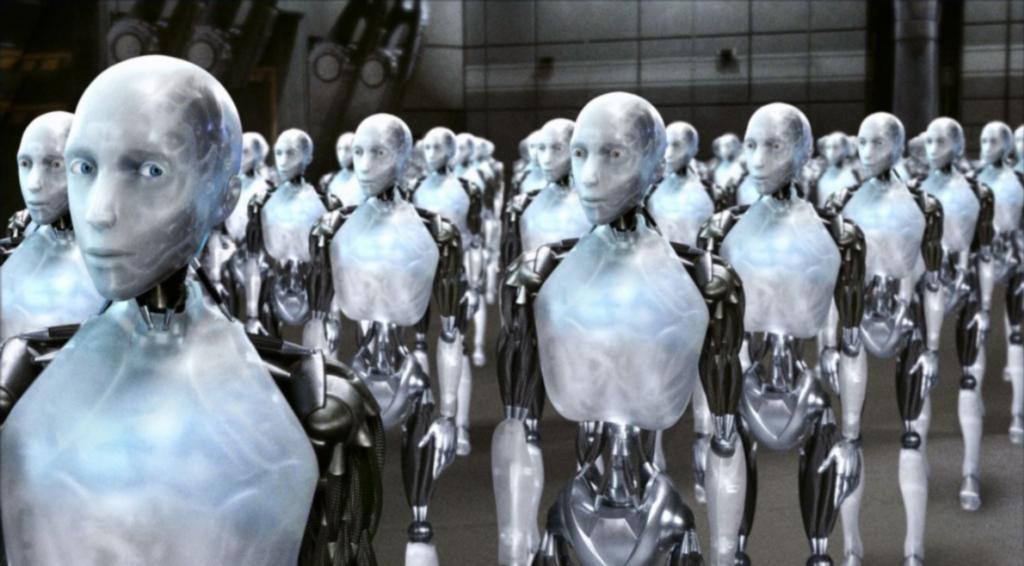 Depending on your perspective, the development of interconnected, mostly self-optimizing digital ecosystems – i.e. artificial intelligence – is either the biggest job killer or job creator since the invention of the steam engine. According to a research report from the Institute for Employment Research (IAB) – available only in German – robots and algorithms are already able to take on routine accounting tasks or assort various things.

Routine tasks aside, however, artificial intelligence struggles at analytical and interactive tasks such as those commonly found in the consulting sector. Algorithms by themselves are not intelligent. There is a long way to go before we algorithms can process data autonomously and still produce the best results – i.e. immediately make the best decisions. In the foreseeable future, machines will still not able to distinguish whether something is important or not.

But this development cannot be stopped. The mechanization of value chains always triggers disruptive delays. An example is the Japanese car makers that introduced robots into their production line for the first time in the 1980s, which in turn forced to German manufacturers reduce their working hours. Changes have always led to the loss of jobs and then created new jobs elsewhere. Things will not be any different this time.

Artificial intelligence will not replace a lot of simple manual labor. The total number of jobs does not need to be reduced. In the increasingly digitalized world and automated economy, there are actually many new jobs requiring specific knowledge, and many of the jobs that are not directly affected can, thanks to modern technology, become more productive and, therefore, better paid.

Furthermore, even though machine learning and deep learning is called artificial intelligence, harmonious interaction between both mechanical and human intelligence in unity with cognition, emotion, motivation and context is required in order to develop theories and to detect and take on new challenges. Only then is it possible to use data to generate company-specific business value in the form of products, processes or new data-based business models.

In the next and final blog post in this small series, we will look at how artificial intelligence works and what it has to do with machine learning and deep learning.