The first Applied Artificial Intelligence Conference (AAIC) took place in Vienna at the end of May. Solution developers, prospects, and users from different industries came together to exchange views on the application of Artificial Intelligence (AI). Unbelievable Machine was present as partner and exhibitor. The *um Data Scientists Ingo Nader and Clemens Zauchner explain our contribution to the understanding and applicability of the technology.

Ingo and Clemens, how do you assess the recent situation regarding AI in Austria?

Interest in Artificial Intelligence is steadily increasing in Austria, but many companies, with a few exceptions, lack the roadmap for concrete implementation or trust in AI. However, companies must take action now, otherwise they will lose the international connection. To counteract this, the Austrian Chamber of Foreign Trade initiated the AAIC. During the panel discussion, we shed light on the topic of clustering and demonstrated at our booth how image recognition works with Deep Learning and can also be made comprehensible.

What is the difference between Artificial Intelligence and Deep Learning?

Deep Learning is a form of Artificial Intelligence that has gained a lot of popularity in recent years and has brought the AI term, which has existed for decades, back on the agenda. The availability of large amounts of data and the greatly increased computing power have made it possible to improve the complexity of neural networks – the core of Deep Learning – many times over. One of its strengths of Deep Learning is the recognition of complex structures in images and language. This is why it is mainly used in speech recognition, automated translation and autonomous driving. In principle, the algorithm learns a function – a kind of translation or the actual model – that translates input data such as images or audio clips into a result. This can be the description of an image, recognized text or a classification of an image.

Is this kind of learning comparable to human learning?

No. Although neural networks are inspired by neurons in the human brain, they have nothing to do with them in practice. While people only need a few impressions to learn from it, Deep Learning is based on a very large number of examples. Moreover, Deep Learning is not able to generalize or abstract. For example, a model trained on photos of armchairs would probably not recognize the drawing of an armchair as such.

Another point is traceability. Without additional measures it is difficult to understand why the model comes to a special decision – this is what we call a black box. This traceability is indispensable for many business-critical processes. Considering these limitations, however, Deep Learning is a powerful tool for a variety of business tasks.

What was presented at your booth at the AAIC?

We have shown how to understand image recognition. We used a pre-trained neural network to identify the images and a so-called heatmap for interpretation. The heatmap shows which parts of the image the neural network has used for identification.

In our example with the elephant it is easy to see how especially the region around the ear has contributed to the model's conclusion that it must be an African elephant. This makes it possible to understand why an identification was successful or incorrect. With the appropriate tools, a neural network does not have to be a black box, but becomes explainable and its decisions become comprehensible. We then are talking about "Whitebox AI". 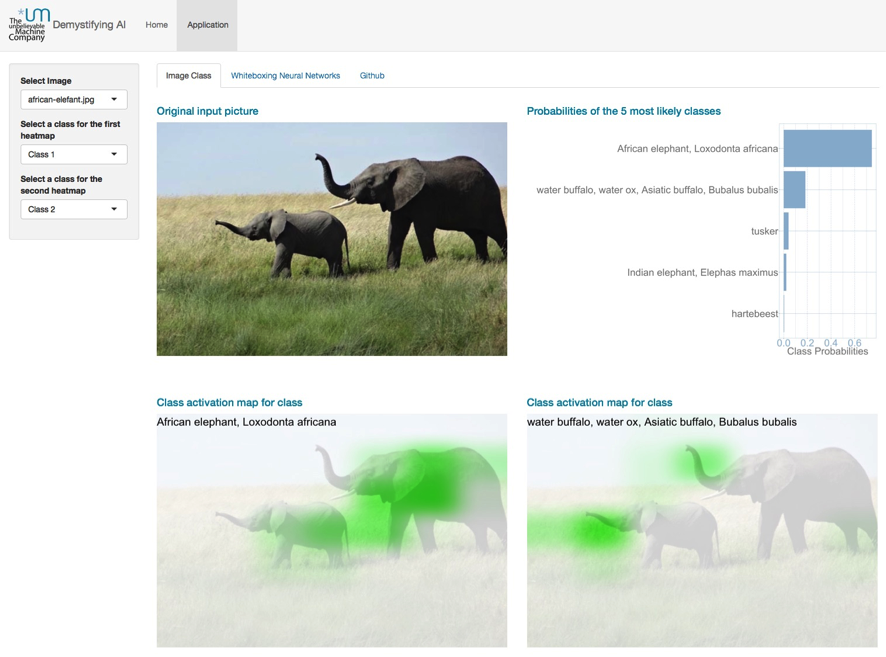 What was your panel lecture on clustering about?

The aim of the panel discussion was to explain what clustering means, how clustering can be used in a company and what needs to be considered.

Clustering is an unsupervised method of Machine Learning that is used to group observations – for example of customers – together. These observations are assigned to groups or clusters according to their similarity in different characteristics, which differ greatly from one another. The advantage over supervised Machine Learning is that you do not need to know the group membership in advance.

In which areas can clustering be used?

The areas of application are very diverse: identification of anomalies or atypical data points, for example in the environment of industry 4.0 and manufacturing industry. Clustering can also be used for customer segmentation or text analysis. An exciting application was a project in which several table parts were to be extracted from a complex Excel sheet. These table parts can be defined as a space with very high information density and can be found by a density-based clustering method. This has worked surprisingly well.

What exactly happens during image recognition?

Image recognition works differently. A neural network consists of many so-called levels. Each of these levels learns very simple mathematical functions, and certain filters are applied. In this way, the first layers of the net learn to recognize very simple things in images and respond, for example, to certain colors or edges at certain angles. We are talking about learned features here. The following levels build on these simple features and assemble them into more complex features. So things like corners, circles and later eyes or other parts of faces can be recognized in deeper planes. The deeper the layer, the more specialized are the features that are learned.

And where is this image recognition used?

Image recognition can be used for a variety of applications. For example, it can be used to learn the type designation from photos of components, so that these components can be quickly re-ordered when they are replaced by an assembly worker. Deep learning can also be used to learn how long a component is expected to last, based on the signs of wear and tear. The prerequisite is always that the data is available in the appropriate quantity and quality in order to be able to train such a model.

In which direction does the AI topic continue at Unbelievable Machine?

We want to demystify the term of Artificial Intelligence! As complex as the models can be, they can be understood and their decisions made comprehensible. We want to move away from hype and towards applicability. Our goal is to make transparent how AI works. We see our core competence in showing companies in which areas they have meaningful requirements for this type of application and how this can be realized with recent means – with or without the cloud. 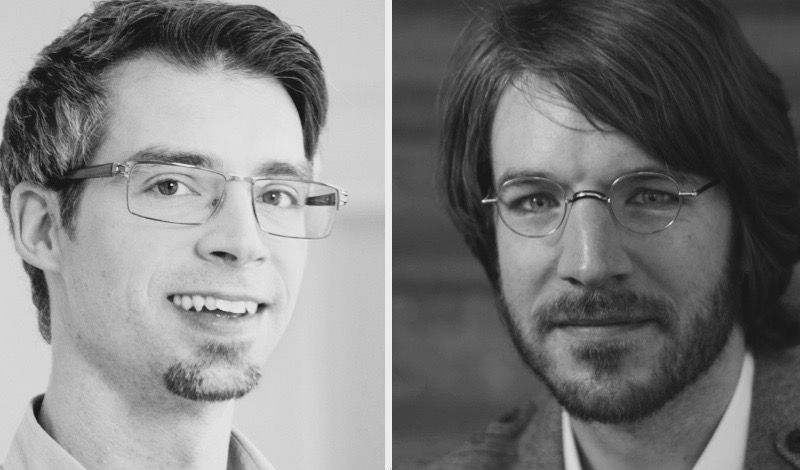 This may interested you, too:
How to benefit from Artificial Intelligence as a Service – even for beginners
Data lake or data warehouse? – An interview with Ingo Steins
Vienna calling ...on growth: An interview with the Austrian *um location

Overview
How does digital transformation actually work?
What is Predictive Maintenance? Fixing problems before they occur